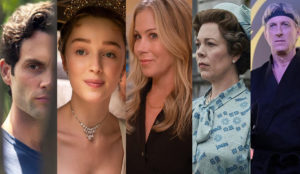 Over the past few years, Netflix has set itself apart as one of the top producers of television series in the industry. Not only do their shows clean up during awards season, but their shows literally created the binge-watching phenomenon.

Fans wait with anticipation for new seasons of their new shows to drop like none other, only to watch the entire drop in a weekend. However, as good as Netflix’s hits are there are some duds too. When you produce as much content as Netflix does, you’re bound to miss the mark every once in a while.

Want to know which shows have been renewed, and which have been canceled? Then this article is for you. We go through the biggest names on Netflix and let you know whether to expect more episodes soon or not.

Comic book adaptations are hot right now as anyone who’s been to see a Marvel movie in the last decade will tell you. The Umbrella Academy has not been immune from that popularity. With already two seasons in the books, season 3 should be released March 2022 with season 4 being announced around that time as well.

The show revolves around a dysfunctional family of adopted sibling superheroes who reunite to solve the mystery of their father’s death and the threat of an impending apocalypse. If that sounds interesting to you, get caught up before season three drops.