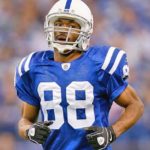 In every NFL Draft, there are busts and bad choices. Even in the First Round, some players just don’t make it. But what if you could put together a perfect draft class? It got us thinking about the best player selected at every spot in the draft, at least in the First Round. What would that draft class look like? Well, we can wonder no more because we’ve put together such a … END_OF_DOCUMENT_TOKEN_TO_BE_REPLACED

As we all know, the NFL is a passing league that revolves around quarterbacks. Let’s be honest, we all love that about the league. But sometimes a quarterback is only as good as his best wide receiver. After all, they’re the guys who can turn a five-yard route into a 25-yard gain, helping quarterbacks rack up tons of passing yards, even when the receiver does most of the … END_OF_DOCUMENT_TOKEN_TO_BE_REPLACED 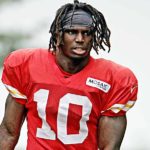 34. George Kittle, TE, San Francisco Just two years after he was the 146th overall pick in the draft, it’s utterly amazing that Kittle is considered one of the best players in the NFL. On the other hand, he’s a tight end from Iowa, so we shouldn’t be all that surprised at his success. To be fair, Kittle put up modest numbers as a rookie, only to set an NFL record for the … END_OF_DOCUMENT_TOKEN_TO_BE_REPLACED 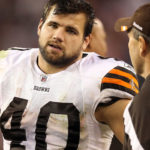 You can consider the following football players a combination of the Right Said Fred, Vanilla Ice, and/or the Sir Mix-a-Lot of the NFL: the greatest one-hit wonders the league has ever seen. They flashed enormous potential for one season, and then never came anywhere close to that afterwards. As a bonus, after the one-hit wonder section, we've included a list of notable NFL … END_OF_DOCUMENT_TOKEN_TO_BE_REPLACED 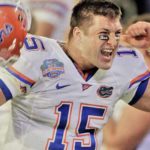 There is no finer conference in the history of college football than the Southeastern Conference. Well, at least that’s what the folks down south will have you believe. In their defense, there’s a strong argument to be made that the SEC is the greatest conference of all-time, in part because there have been some amazing quarterbacks to play in the league over the … END_OF_DOCUMENT_TOKEN_TO_BE_REPLACED