The 2021 NFL offseason is likely to be defined by new quarterbacks coming into the league and established quarterbacks changing teams. On that front, the biggest fish in the pond is undoubtedly Deshaun Watson. He’s made it clear that he’s unhappy with the Texans and would like to be traded elsewhere. While a move is far from certain, it’s still worthwhile to take a closer look at some of his potential destinations.

Do the Steelers want to stick with Ben Roethlisberger on a year-to-year basis? The organization has a reputation for being one of the smartest in football, so it’s possible that they seize on the opportunity to trade for Watson.

Surely, Watson can’t complain about the culture in Pittsburgh or the receiving talent on the roster, making the Steelers an attractive option for him.

The Broncos are another franchise with a good culture and a commitment to winning. They also have a dynamic set of young receivers who could benefit from an experienced quarterback.

Plus, left tackle Garrett Boles emerged as one of the best in the NFL in 2020, giving Watson better protection than he’s received in Houston over the past couple of years. The only drawback with Denver is facing Patrick Mahomes and Justin Herbert twice every season.

Drew Brees is calling it quits, making this the perfect time for the Saints to pursue Watson. Even with Tayson Hill and Jameis Winston as internal options, Watson would be a better option than either.

With the state of the New Orleans defense and playmakers like Michael Thomas and Alvin Kamara on offense, the championship window would remain open for the Saints if they could get Watson.

Clearly, the 49ers aren’t enamored with the injury-prone Jimmy Garoppolo, who could still be a decent enough trade chip to send back to Houston.

While San Francisco’s offensive skill players aren’t established stars, working with Kyle Shanahan would be appealing from Watson’s perspective. Just a year ago, the 49ers were in the Super Bowl with Garoppolo, so one would assume that with Watson, San Francisco would immediately become a championship contender once again. 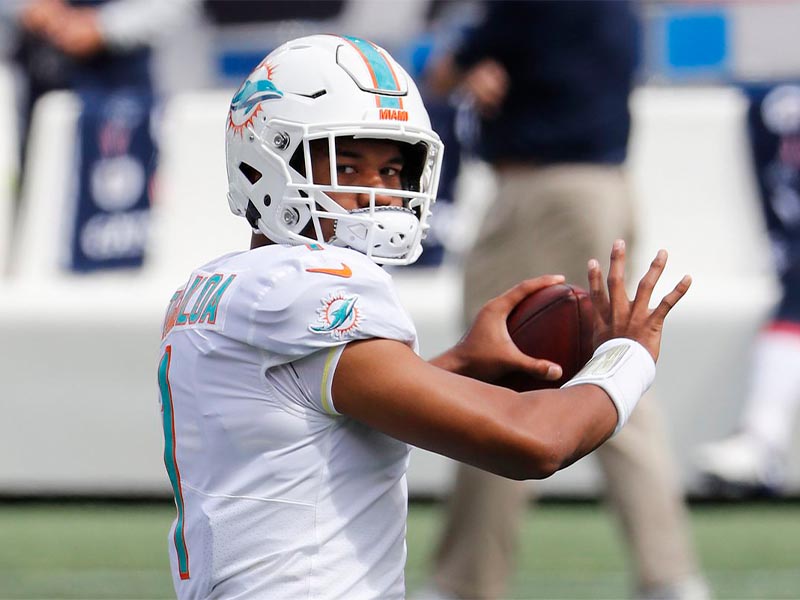 Miami could be viewed as the top destination for Watson right now. The Dolphins have plenty of draft picks to offer Houston, not to mention giving the Texans Tua Tagovailoa as their potential quarterback of the future.

With such a young and talented roster, the Dolphins would be instant contenders if they had Watson at quarterback.

The Greatest Player vs Player Rivalries in NBA History